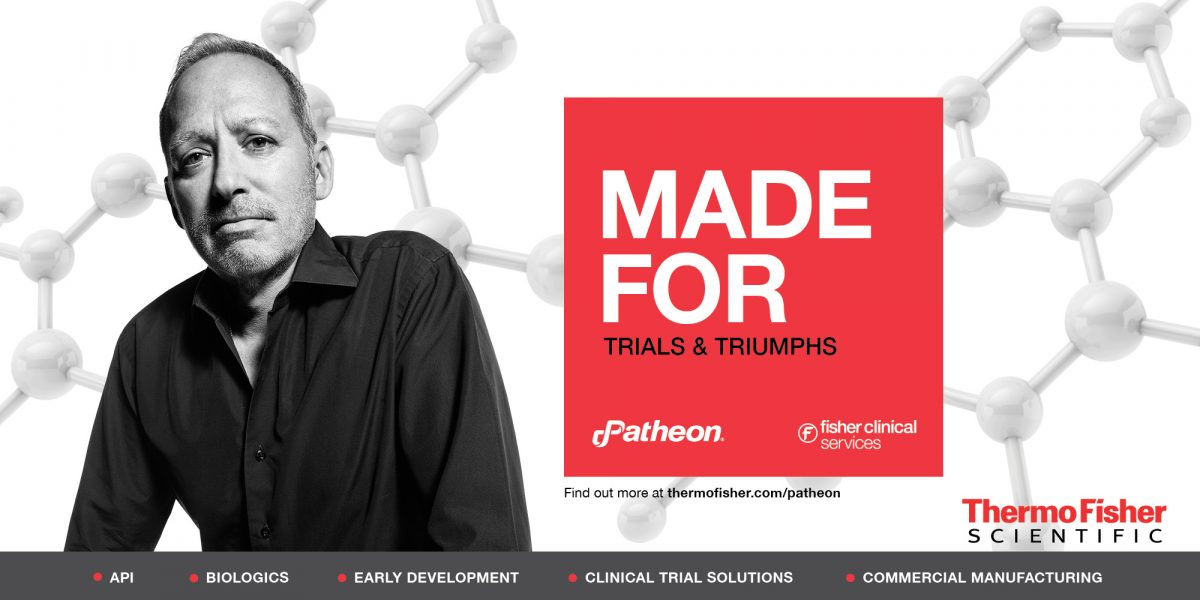 Thermo Fisher is showing its real face to pharma clients. Make that faces—those of its employees and the patients they help. In its new campaign directed at pharma companies, Thermo Fisher Scientific Pharma Services is looking to personalize its drug development and delivery services.

Each print ad in the series features a breakthrough by one of its the company’s scientists. “Solved With … Chemistry and Conviction,” one headline reads. Another ad shows a patient and her mother under the headline “Made For … Trials and Triumphs.”

Spotlighting people behind the scenes isn’t just a new thing for Thermo Fisher. But it does mark a shift in the contract development and manufacturing industry, where marketing tends to focus on capabilities and capacity, said Andrew Ladden, co-chief creative officer at Madras, Thermo Fisher’s agency of record.

He likened the current communications in the category to a “capabilities war,” with each company trying to one-up the others by touting stats like the number of manufacturing plants they offer or their capacity to do work.

“We took a step back and looked at Thermo Fisher’s positioning ‘Making tomorrow’s medicines available today’ and as we talked to them about how they do that, the thing that kept coming up was the stories,” he said.

“There were people at the company who had surprising or unexpected insights that led to success in getting a drug to clinical trial ahead of schedule, or resulted in saving lives that would have been lost,” he said.

Madras called it “human ingenuity” and made it the centerpiece of the campaign.

The campaign also aims to break the misconception that Thermo Fisher only works with Big Pharma. In fact, 85% of the company’s business comes from small to medium-sized pharma, Ladden said. Putting faces to the company helps show its accessibility to those smaller clients.

“It really is the people behind the company that make the difference. It’s not just the scientists and the researchers and the tech people,” Ladden noted. “There are stories of people on the plant floor who are not Ph.D.’s who hear about a challenge and decide to work three shifts around the clock and through holidays to make some schedule because they’re a clinical trial waiting and they want to help these patients.”

“We just kept getting inspired over and over again,” he said.

The new campaign comes a year after Thermo Fisher acquired Patheon in its bid to enter the CDMO market in a $7.2 billion deal.