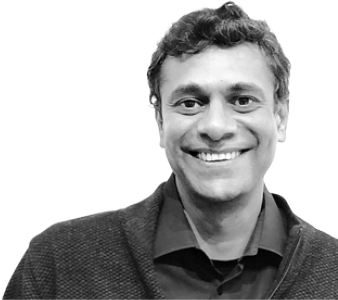 Vikram Menon, President – Global Operations at Madras Global, India, has over 25 years of experience working in the industry. Prior to leading the operations of 2AdPro and Madras Global, Vikram spent over 18 years at Ogilvy where he worked across several of the agency’s divisions. His last role at Ogilvy was leading OgilvyOne which grew to become India’s largest and most awarded Digital Agency where he was President and Country Head. Over the course of his career, Vikram has worked on several large local and global brands including American Express, Lenovo, IBM, Unilever, Diageo, Coke and SC Johnson to name a few.

Vikram brings vast experience in developing campaigns and content on a broad scale. In his role at Madras Global, Vikram is responsible for building and managing a team that will drive the work for clients both in India and abroad.